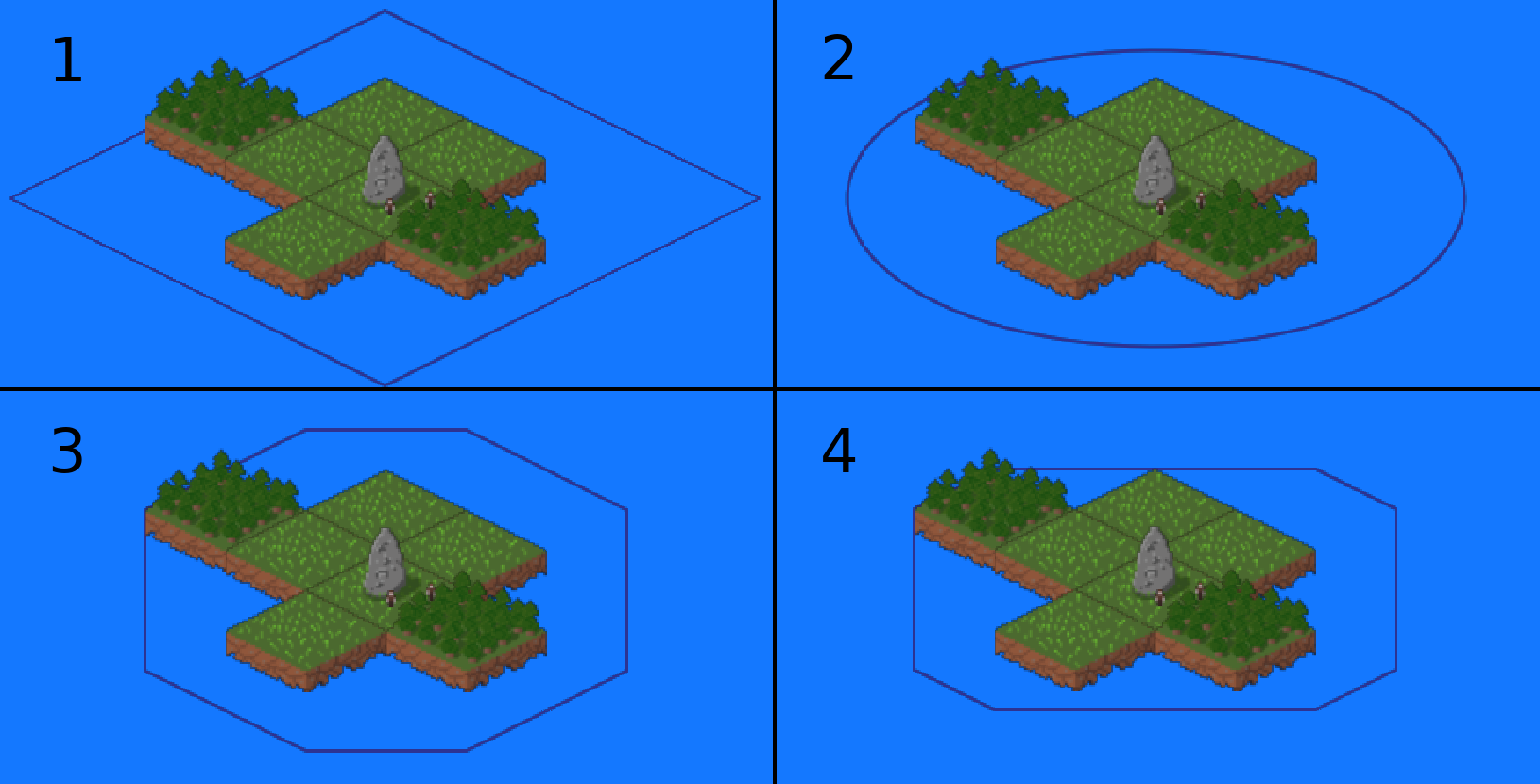 I’ve played around with different shapes to restrict the area for which tiles can be placed. The idea is that the shape, and thus the build area, can become bigger with some investment of resources. The diamond-shaped area in picture 1 is the most accurate visual representation of the tiles that can be placed, but the resulting map has a big chance of creating very sharp triangles. The elliptical shape in picture 2 looks nice, but is quite unclear on which parts are OK to build on. I quite like the hexagonal shape in picture 3. The left and right sides will be a bit jagged, but that’s probably not a big issue. The rectangular shape in picture 4 is more restrictive on how many tiles are added with each upgrade, but has a chance of creating very oblong maps. Beyond those four I’ve shown, there’s also the possibility of using more irregular polygons for the area. I’m still indecisive, and I guess the best thing to do is to postpone the decision until the game is playable and the effect of the build area can be experienced.

Get A Village in the Sky

A Village in the Sky